Origin represents the new generation of interior luminaires that use progressive LED technology. It is designed to be recessed into ceilings with exposed grids. With its lumen output, Origin could fully replace fluorescent luminaires which were mass-used until now, by significantly lower energy consumption. Not only used technology, but also brand new design makes from Origin the luminaire, which fulfill the strictest criterias for interior lighting.

Origin is offered in three basic variants:
Origin CS - central and side parts wired to one circuit 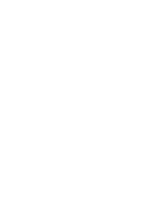